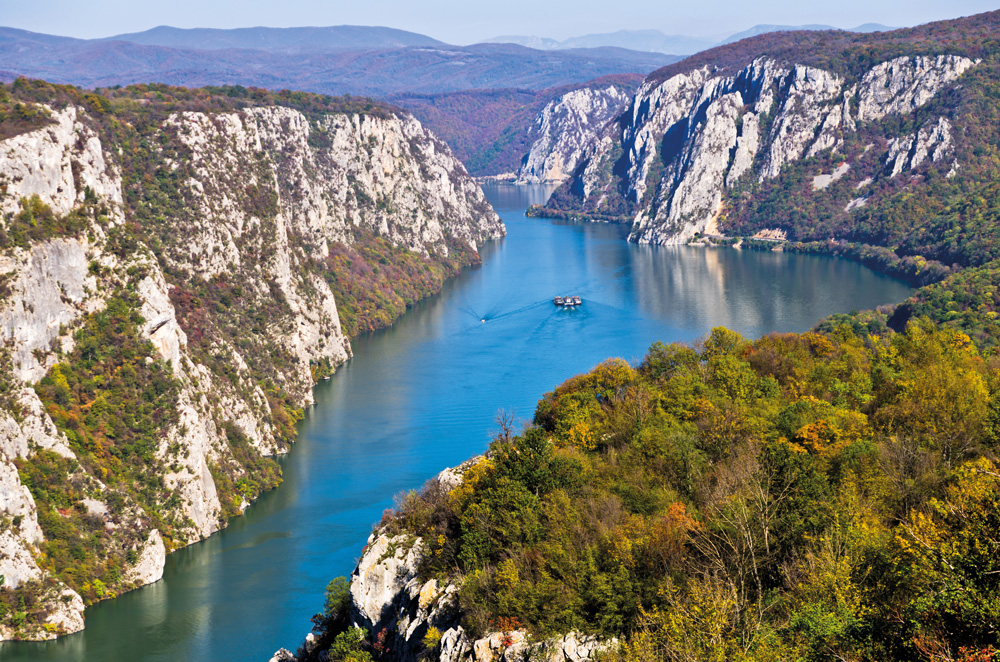 What makes these two cities worth visiting is the fact that they are still very unknown. If you have never been to the Balkans and you want to start exploring the region, this is definitely a good start. Visiting Belgrade, Derdap National Park, Novi Sad, Subotica and Budapest.

Departure by Wizz Air flight to Belgrade airport at 3:45pm arriving at 5:40pm. Group must be at the airport by 1:30pm. On our arrival in Belgrade, we will check-in at the hotel and go for a welcome traditional folklore dinner at the Skadarlija Bohemian quarter.

Today we will start with a sight-seeing tour of Belgrade passing through Republic Square with its pedestrian zone and cathedral. We visit Terazije Square, see the National Parliament, the NATO bombing ruins at the embassy district, the Museum of Yugoslav History dedicated to the life and deeds of one of the most important leaders of Yugoslavia, President Josip Broz Tito, the Temple St Sava, King Alexander Boulevard, the ? inn (called Question Mark), the oldest inn in Belgrade, and undoubtedly the Kalemegdan Fortress with its stunning views. Free time for shopping at Knez Mihailova Street.

The tour starts with a 2-hour drive towards Eastern Serbia, enjoying the beautiful landscapes and listening to interesting stories about this part of the country. The first stop is Golubac Fortress, with the fairy-tale castle wonderfully set off by its location in the rugged landscape at the head of Đerdap Gorge. There are nine towers in all, each between 20m and 25m high. We will proceed towards the widest flow of the Danube River, the famous Iron Gate. The early settlement of Lepenski Vir was first uncovered in 1965. The works brought to light sacred architecture and monumental sculptures from one of the oldest Danube cultures, dating back to 7,000-6,000 BC.

Breakfast and check-out. Departure to Hungary. On our way to Budapest, we will stop at Novi Sad, the 2021 European Capital of Culture. We will go to the Petrovaradin Fortress, the best preserved fortification on the Danube River, visit the Greek school and the Old Matica Srpska Library and Gallery, before viewing the iconic art inside the Orthodox Cathedral. City Hall, Liberty Square, and the pedestrian area of the town amongst others. Following Novi Sad we have another stop at Subotica for the most art nouveau buildings, the Cathedral of St Theresa of Avila, built in 1797, the city hall and its blue fountain. We will arrive in Budapest in the evening.

After breakfast we will get an overview of Budapest, visiting both sides - Buda, which is hilly, and Pest, which is flat. At Buda we visit the Castle District (Fisherman’s Bastion & Matthias Church). At Pest we visit Heroes’ Square, where we can see the statues of the most important heroes of Hungarian history. Along the nicest promenade of Budapest (Andrássy Avenue) we will reach the city center and pass by St Stephen Basilica. The largest building in Hungary, the Parliament, is situated on the bank of Danube. After passing by it we cross Margaret Bridge and reach the Main Street of Buda, with its beautiful Baroque churches from the 18th century, and a 16th century Turkish bath in the water town. Afterwards we will cross Adam Clark Square to Gellért Hill. From the panoramic terrace we will enjoy spectacular views. The tour will come to a halt at the shopping pedestrian street, Vaci Utca, free time.

Price of €995 on Bed and Breakfast basis (per person in a double room) includes:

• Wizz Air flights to Belgrade and back to Malta from Budapest
• Free carry-on bag (40 x 30 x 20cm), trolley bag (55 x 40 x 23cm) + 20kg checked-in bag
• 3 nights in Belgrade including breakfast at Central Point Hotel 4*
• 4 nights in Budapest including breakfast at Hotel Medos 3*
• Comfortable air-conditioned coach
• Local guide and Maltese leader
• Folklore dinner
• All excursions and all entrances for places mentioned in program except the Budapest Nightlife Tour, the Danube dinner cruise and the Pools in Budapest.
• Insolvency fund fee and all taxes

Today we need our swimwear. Budapest can rightly be called the city of spas and the Szechenyi Bath and Spa was its first thermal baths on the Pest side. At the time, back in 1881, it was called Artesian Bath and was only a temporary establishment. In 1913 it was converted into a permanent bath.We will spend some relaxing hours here. The afternoon will be free. Tonight we will experience of the night life of Budapest.

Morning at leisure. In the afternoon we will visit the House of Terror Museum. Opened on February 24th 2002, this museum is a monument to the memory of those held captive, tortured and killed in this building. Being our last day we will enjoy the wonderful view of the city and have a romantic dinner on the Danube on a boat.

We will leave our hotel in Budapest after breakfast to the airport. Departure by Wizz Air at 11:25am. Expected arrival in Malta is at 1:40pm.